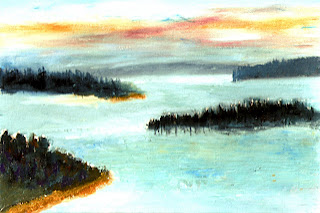 Can’t remember exactly how much of this picture was made from bitmaps in Windows and figures I cut and pasted from other sources, but there was a lot of work put into it – hours of digital painting with various tools – and I think the fairy is entirely my own creation, every pixel of her. 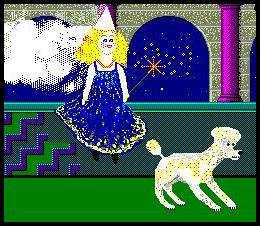 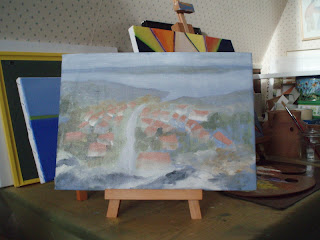 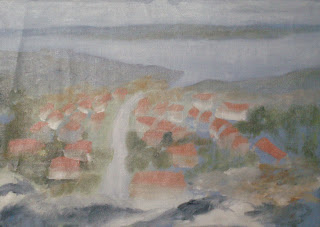 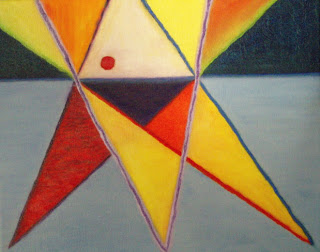 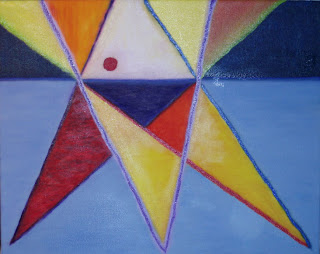 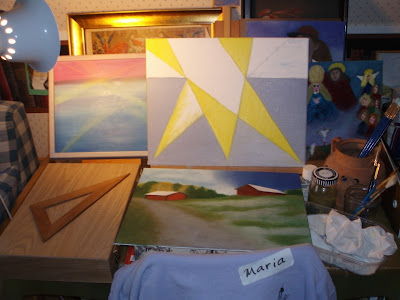 This new painting will be an image of the sunset, as I remember it from the summers in my childhood. I think I will paint some blue-green in the upper corners, like a dark forest on an island. The red sun will be a little to the left of the center, above the horizon. The rest of the middle part of the picture will be in red, orange, pink and dark red-violet.

(The other abstract landscape picture is finished now. I almost hid the bright colours from the first sketch with a new layer in misty nuances. I have also painted another picture with a path and a couple of red buildings, but I think the finishing details have to wait a while.)

I have decided to put links to all my finished paintings and other pictures (and a couple of quilts) in the same message, so they will be easier to find again. 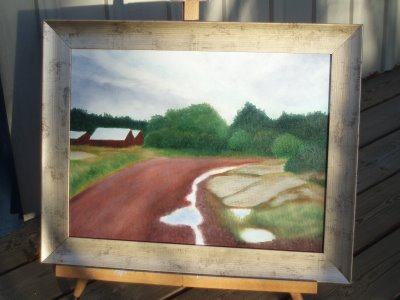 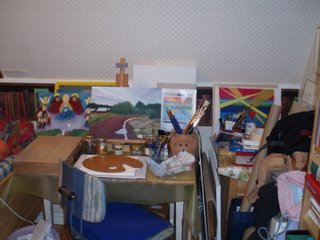 When I am not reading the newspaper, other music blogs, music discussions or web pages I have looked up to understand something, while listening to Beethoven’s Ninth or some songs by Steely Dan or a cd with Anne Sofie von Otter, I am sometimes writing arrangements of Christmas music, looking at music composed by my friends, or reading a page or two of serious fiction or theory, but when I am not doing this – or watching the snow that fell yesterday – I have these paintings to work on. The Red Road is almost finished now. The abstract maritime landscape with the beams of light is just a sketch to a larger painting I will make some day. The simplified little copy of Enguerrand Charonton’s The Coronation of Mary (original from 1454) is what it is – a naive exercise. Here is a detail of the original: 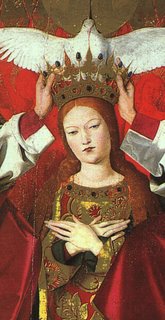 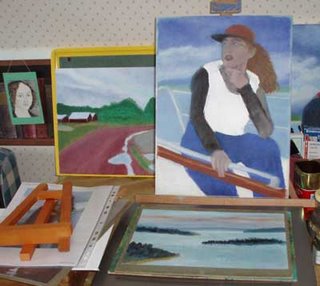 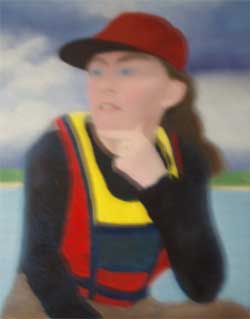 the camera was unsteady, which in fact makes this picture look better than in real life, but both two paintings of the helmsman (-woman) are unfinished, I can’t get the eyes right, and the whole thing is lifeless kitsch, but maybe someday..

the landscape seen in the background of the studio interior (the thing with the red road and the puddles) is in its first stages, so the colours aren’t right yet, but will be darker with more layers of paint. 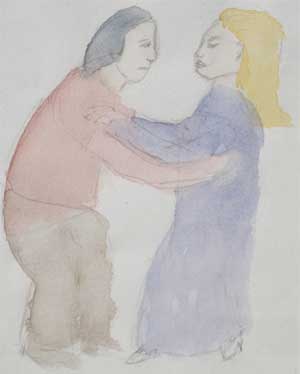 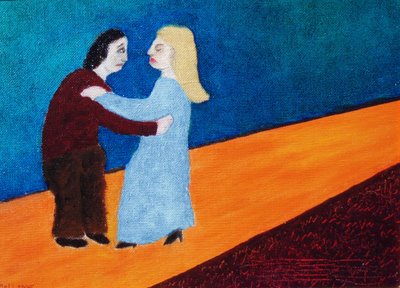 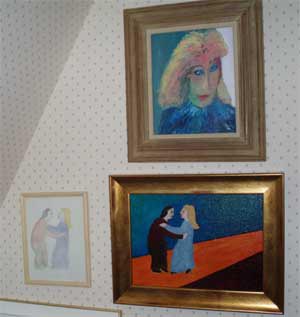