Memory is hard to catch, for where its shadow falls, often the details and emotions that could make it a really good story are impossible to find again.

Around 1991-93, in a music school in southern Sweden, I was in a group of students who were rehearsing for a performance in “ensemble class” – an activity where we were supposed to try other instruments and genres than we usually studied as main subjects. In my group were, as I can remember: Jakob the Nervous Trumpeter; Sara the Energetic Singer & Dancer; Hanna the Humorous Clarinetist; Dermot the Cool Irish Organist; Stefan the Smiling Trumpeter; and me – Maria the Motherly Composer & Singer.

We had decided to perform two songs. I remember one of them was “Fever”, in a simple arrangement. We were gathered in the room otherwise used for voice lessons. A small classroom with a sturdy electric piano, a cassette deck and microphone, a mirror, some desks and chairs, book cupboards with sheet music, framed posters from musical productions, and, in a corner, a double bass.

Jakob and Stefan decided to alternate as bass players and tenor singers. Sara, Hanna and Dermot took care of the other voice parts, plus assorted percussion instruments. I sat down at the piano and tried to play some chords, with a jazz organ sound and appropriate rhythms.

We worked on it for some time, and with much of the energy spent on the wrong things, since nobody except perhaps Sara had enough self-confidence and ensemble experience to rely on for a concentrated effort, we got tired and decided to take an early coffee break. I left the piano and was about to head for the door, while the others continued to make jokes about our coming performance, and suggested ideas for how to improve it with gestures and other routines. Jakob and Stefan had been competing over who played the bass the best – or in the silliest way, and Jakob still danced around with it, but with his attention more on the discussion than on the instrument.

I can’t remember if I saw or understood what Jakob tried to do next. If it was an attempt to treat the double bass as a simple guitar, and just let it rest for a while – leaning it to a chair, or if he thought he could let go of it where it stood, as if gravitation did not exist, I don’t think he even knew this himself. Our music school’s double bass died an instant and disgraceful death a second later, when it slipped on the floor and crashed into the electric piano.

I will try to write something like a diary style blog today:

Lazy morning. Breakfast. Tea made from cheap Ceylon teabags in the low, small and plain brown Chinese teapot. Milk in the teacup. Soft Fazer rye bread; one with cheese and one with liver pâté. Grapefruit juice. No yoghurt today.

Very few emails. Re-read a couple of letters from yesterday instead. Read the news on the web. Looked through the latest threads on a music forum.

Listened to “Allegresse” by Maria Schneider (the jazz composer, not the actress..). Very nice music – playful and beautiful, and not much of a normal busy big band sound, which I was grateful for (I am not so fond of conventional big band stuff – all the aggressive brass chords, and such things – so I don’t like all pieces on other cd’s with Maria Schneider Orchestra). I ordered the CD Tuesday night last week, at online order from Artist Share, and got it in the mail on Friday morning. Surprising, as I know it normally takes 6 days for letters to go from New York to Stockholm. 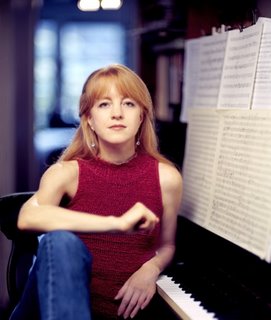 Tried to play through a collection of ten old piano pieces by Steve Dobrogosz (check the link for info about his appearence on the Stockholm Jazz Festival 2006). Good to practise again, to play the timed sounds, to hear something new, but this isn’t really my kind of music – not interesting enough. The pieces were fairly easy to read and understand, but since I haven’t heard them before, I couldn’t figure out why some things were composed like they were, and how to interpret them (even if there were some ideas – comments and suggestions – printed on the back cover.)

Made some pasta with beans for lunch. I like it, and it is nice to cook something new instead of heating leftovers in the micro.

Putting the things in order for tomorrow’s painting class. Had to scrape dry and half-dry paint with a sharp knife from the palette I used a month ago. I had imagined that I would continue on the two pictures I am working on, so it was better to leave the paint that was left. Not. A few days is okay, with the water soluble oil paint I use at home, but not weeks in thin layers on the palette. I used the last of a quantity of still soft white to fill an empty space on a sketch I have been dabbling with.

Packed a jeans jacket I got through mail order yesterday again, in a tape-sealed plastic bag, to send it back to the mail order company. The jacket was for my son, but I had miscalculated the size (was some confusing info in the catalogue, with everything presented in French sizes instead of S-M-L or EU standard system), so he needs a bigger one. This one was more in my size, but I don’t need a Levi’s jacket just now.

Laundry. Sorting things in the dishwasher. Cleaning/dusting some floor boards in the rooms upstairs, and the staircase.

Not a bad day, after all. 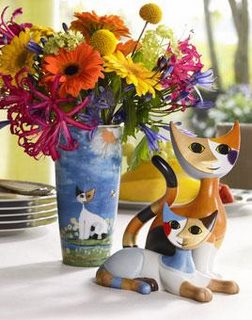 At one point, I lived in Montreal with several other musicians, above a restaurant. The building was taken over by someone who wanted to raze it, and so took no steps to maintain it. One bitter winter morning, we awoke to discover that the furnace had expired. An inspection revealed plenty of oil in the tank, so we called a repair service. They put us on the list, but said it might take a while, because of the blizzard in progress. So we gathered around the space heater, in our coats, and swapped stories. Ten AM, noon, 2 PM, 4 PM, still no repair person. We called again. They assured us he was on his way, but having a very tough time getting from call to call, because of the snow.

Six PM, 8 PM; 10 PM; midnight; finally, at half past midnight, we realized that he wasn’t going to make it, and retired to the bar down the street. The beer was cold, but at least the building was warm, compared to our sub-zero dwelling.

About 1:30, a small, quite unassuming man came in, and walked directly to our table. Without hesitation, he asked if we would like to have our furnace repaired. With groggy shock (and alacrity), we agreed. Trudging back up the street, we asked how he’d found us. He explained that he came to the address, looked at the restaurant and the two stories above it, deducing from there that several people shared the accommodation. When no one answered, and given when the original call came, he concluded we must all have gone somewhere warm. He looked for the nearest open establishment, and came in. He saw that one of my friends still had her coat around her shoulders, and so knew at once which table was ours.

Digesting this rather surprising bit of shrewdness, I conducted the man to the furnace. This meant going directly from the front door through the restaurant and into the basement. He never saw the inside of our dwelling. When I brought him to the furnace, however, he immediately saw the furnace problem, and while fixing it, remarked that the building had been built in 1916, and also that where we lived had been a cathouse. At this, I was finally outright amazed; we had found out from a taxi driver that our address was indeed once a house of ill fame; how on earth had he dsicovered this? Did he know this building?

No, he had never been in the neighbourhood before. In fact, part of what took him so long was that he had to drive 35 miles to get to us. So how had he figured out the precise year of construction? He pointed me to three separate components of the furnace, mentioned the various war-time restrictions and availabilities, and explained that this particular conjunction of three parts could only have been achieved in 1916, and no other year. Alright, I said, but cathouse–how did you ever get that from looking at the furnace? Again he pointed me directly to some components of the furnace, showing me patterns of wear that are consistent only with consistent, higher-than-average temperature usage. Such usage is virtually never found except in houses of prostitution (who keep such temperatures, since their clients are usually naked). Since we were obviously not ladies of the evening, the high-temperature usage was likely not recent–he showed me the worn parts, but I didn’t entirely follow what he said–and he had noticed two stories of rooms above a restaurant, he concluded that the place had been a cathouse, but was no longer.

He had concluded his repairs. He refused to take a penny more than the regulation fee for a service call, which was twenty or thirty dollars. When I protested that he had driven for several hours in a blizzard, and now faced an equally long drive home, he simply said that this was his job. I started to protest again, but quickly realized that he meant what he said, and would not accept further payment. He was back at the wheel of his van, about to head out. By now deeply moved as well as amazed, I thanked him profusely for his generosity in helping us, and told him outright that I felt truly fortunate to have met such a wise and compassionate man.

This led to the last and greatest surprise. Far from being flustered by such praise, yet equally far from merely (and vainly) taking it as his due, he answered with what could only sound in cold print like platitudes. I don’t even recall exactly what he said; each of does the best they can, something like that. I retain instead an utterly indelible impression of the most exalted wisdom, of a man serenely possessed of an understanding I had never encountered before. He spoke not long, but said this: you are looking, too, and very hard; eventually you’ll see what you need to. Again, banal in print, but a moment of the greatest weight in my life. With that, he was gone.