(MW has got his song Come, Sweet Jesus featured on the first page of the worship category at SibeliusMusic.com today. In the program note for the piece you can read:)

“A new ecumenical spirit is abroad in these United States, a new pride in the triumph of our Faith®, and its capacities to solve all our woes, once and for all. If it isn’t exactly a spirit of tolerance and compassion, it is instead–and ever so much better–a firm respect for the exact letter of the sacred scripture, as interpreted by great and pious men like Pat Robertson, Jerry Falwell, and of course our beloved president, George W. Bush, who was chosen for us by the Almighty® Himself.

I pay tribute to that powerful spirit with this hymn of praise and thanksgiving. If you’re right, you don’t need to be tolerant, or even curious. If you’re washed in the Blood of the Lamb®, that washes away the blood of others. Hallelujah! — and God help us all.”

As this bizarre case shows, getting “featured” depends entirely, far as I can tell, on quantity of comment text. There’s no other explanation for how this adolescent-blasphemous score would become featured on the worship page. They look at quantity, not content; indeed, it’s conceivable that there is some sub-routine in the webpage program that randomly selects pieces within the category that have 50 words or more of text, and jams them onto to the highlights page.

Rod adamantly refuses to play this game, and so never gets featured. We’ve discussed this, and I agree with Rod, writing programme notes for compositions is turnip-witted in most situations. What does pointing out that your piece was premiered by the Tuscaloosa Firefighters’ Light-Heavy Symphony Orchestra do to change the fact that the work in question is a poorly-wrought mess? Or, for that matter, that it’s a near-masterpiece? Never mind that the inspiration was the lamentable passing of your favourite pet cat, Herbert, who was a dear and jolly fellow, tragically taken away from us at the still-too-young age of 19 years, 4 months, and 357 seconds.. If there was a poetry page, would the poets’ be similarly obliged? (I doubt I’d care for the real answer to this..) I mean, we do know the realities; the pretense that this is a composer/arranger’s list, with all the professionalism that implies, is just that, a pretense. The absent “professionalism” I have in mind is precisely expressed by the prominence and prevalence of programme notes. It’s bad enough that these things are a virtually ironclad prerequisite for audiences–but for composers, examining each others’ works? It’s a sign of the times, and not a good one.

Again, there have been numerous composers since Schumann and Berlioz (who seem to have been among the first) to babble on cheerfully about their music, its meanings, aesthetics, life on earth, and the very best recipes for potato salad. And we all know, or strongly suspect, that “letting the music speak for itself” is itself just one position among many, and itself perhaps a canard, of sorts. What animates me here is personal experience, with scores both online and off. I can honestly say that personal knowledge has never once animated or directed anything I’ve learned from score study. Reading and studying Beethoven’s opus 18 quartets, composed when he was healthy, is no different from the same experience with the last five, when he was deafer than Dick Cheney’s conscience. Put another way: I have had moments, many even, of insight into the personal aspects of music. Mahler’s despair in his last few works is impossible to overlook or mishear, for instance. But I have never once had a moment of “Aha! that‘s what s/he’s doing!,” or “right, now I get it!” that was based on such things–“such things” as can be expressed in words at all, much less in maudlin perorations about dying cats, regional premieres, philosophical and political convictions, divorce and travel plans, favourite restaurants, cherished [“Kodak®”] memories, heartwarming anecdotes, or the rest of the sentimental detritus that, however much it powers our lives, has got buggerall to do with what’s happening in music.

In an old issue of The Onion, I found this depressing satire – a kind of celebrity interview with an average [U.S.] suburbanite.

Experts say Chelecki, while aware of the inexorable passage of time, does not comprehend the magnitude of what is happening to him.

“Many people don’t truly allow themselves to consider the finite nature of their lives until the end is right in front of them,” said Brown University sociologist Geoffrey Gausmann. 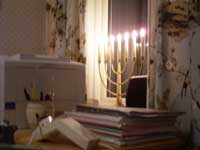 Found a little blue-tit fluttering around in the bedroom when I came home. I have heard something making noises in the ventilator in the outer wall some nights the last weeks, but was unsure if it was a dry leaf, a bird, or a mouse. Now it got out by its own efforts, so I know. Out in the room; out of the window.

Advent Sunday coming. I hope the lamps and wirings in the window star and the electrical candles for the window sills are functional. Time for gingerbread and hot wine. And my usual three-day-long search for the perfect Christmas cards to send, now that decorations and cards for the season are out in all shops.

This short fanfare for MW Morse’s jazz ensemble is a musical sign for life; the good power of music, and the ideal of people living in peace and joy together. However, the witty title Beat Your Swords Into Timeshares suddenly reminds me – not of the Bible, not of holiday cottages – but of the unfortunate events with a sacred sword in The Transposed Heads, a funny and horrible story by Thomas Mann, after a legend from India:

“How in thy breast must generosity and despair have gone hand in hand, in sacrificial dance, ere thou couldst slay thyself! Oh woe, Oh woe! Severed the fine head from the fine body!”

And I guess it is snowing in Southern Ontario today. Also a good sign. Even if Mike had to fire the bassist in his band, employ a new musician, and find a new job for the old bassist. That’s like what happened in the story: the head severed from the body…

Norman Lebrecht writes in a recent column, about some moral and artistic problems with books and films about Holocaust:

“There must be a credible justification, a reason that can be given before the courts of conscience, before an author sits down and makes a fine living out of other people’s suffering.”

One of the books mentioned, that also has become a film, is Everything is Illuminated, by Jonathan Safran Foer. I bought that book years ago, but for some reason never read it. My son started to read it, and I thought it could be “fun” for him as illustration of both history and the hilarious use of English language by one of the characters. Well, I have to try to read it. I am not sure I want to see the film, or, Schindler’s List.

Reading in Svenska Dagbladet today about the tendency for small or non-existant orchestras in musical theatre productions.

Next February a musical – “Sweet Charity” – with only pre-recorded music is scheduled for premiere in Stockholm. Already many productions have reduced bands and are using click-track solutions instead of live musicians for some instruments. Comments from the producers are along the lines that “ordinary people can’t hear the difference between live music and recorded”: 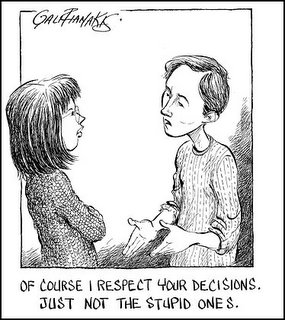 And here we have a little something about misunderstood “liberal” liberal arts education (from Kyle Gann’s blog). So – what has freedom to write poor essays to do with today’s theme in Carolyn Hax’ advice column? Am I suggesting that students who don’t want to learn anything should be forced to eat their words? Or, that it is not disrespectful to give a vegetarian a beef course against her will?

Did a little first search for other blogs that could contain interesting views. Will look at these sometime again and read bits of them. Just bookmarking the findings for now.

Musicians with blogs or diary sites I have found and read earlier, for various reasons:

A composer blog I found some days after I wrote the above:

Frost and snow. Nothing to write about. Last night I finished and published two pages of a piano piece I had planned to do something more than my usual miniature style of. But it just wanted to end there:

Lady M pays a visit to a painter

After finishing that (the first inspired composing period for months) I have still a dozen books to read, cd’s to listen to, other people’s music to comment on, a diary and a novel to write, some “commisioned” music I have no idea how to start on (or if it matter at all to spend time on), and a house to clean and shirts to iron, and sewing projects, and more music to write and revise and prepare parts for, and I just sit here… 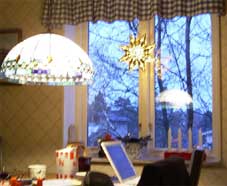